Repeated tests proved that the standard strength Biolithe formula strongly inhibits methane from forming in a simulated landfill environment. In these tests, researchers placed strips of paper treated with Biolithe in sealed vials with sludge from a sewage treatment plant. They then compared the results to those from the untreated (baseline) strips to determine Biolithe's effectiveness. They learned that even in low concentrations, Biolithe can still repress methane production.

Our science team continues to research and develop new product formulas for specific purposes and determine the best means of applying Biolithe to different products. 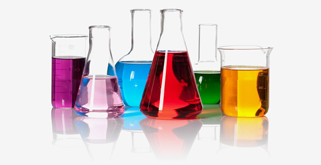 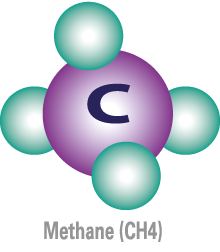 The Environmental Protection Agency (EPA) has estimated that municipal solid waste landfills generate approximately 50% methane and 50% carbon dioxide. However, while their amounts may be roughly the same, scientists calculate that methane is at least 23-25 times more potent than carbon dioxide. In 2009, over 600 million tons of methane were released into the atmosphere by the U.S. By the year 2020, scientists project that global methane emissions may increase by 20%.

There is general agreement that methane accounts for up to one-third of the human contribution to global warming. After the methane generated by the enteric fermentation of livestock, our landfills are the next biggest contributor, and may account for 23% of the methane attributable to human actions.

Despite our move toward a paperless society, the fact is that the production of paper and paper-related products is increasing at ever faster rates, and this paper will eventually make it's way to a landfill.

When paper and other organic waste are deposited into a landfill they start to undergo aerobic decomposition (with oxygen present). As oxygen diminishes within the first year, small amounts of methane are produced. This is referred to as methanogenesis. Afterwards, with anaerobic conditions taking over (no oxygen present), methane production rapidly increases, trapping heat in the atmosphere and creating potentially disastrous greenhouse effects. Methane's greenhouse potency nearly matches that of all of the other non-carbon dioxide gases combined, and compared with carbon dioxide is 23 times more powerful.

There are a variety of ways to redirect paper away from landfills, including recycling, composting, and energy generation projects. However, 100% compliance with these efforts is a lofty and impossible dream, and it is safe to assume that enormous quantities of paper and packaging will continue to wind up in landfills. That's where Biolithe comes in.